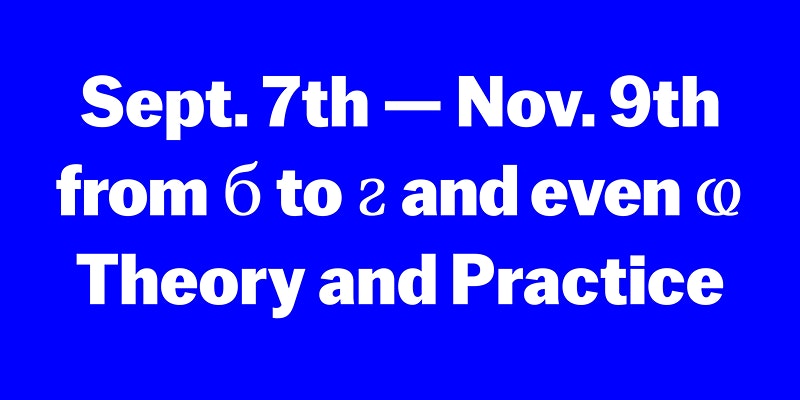 Learn how to design Cyrillic typefaces with Maria Doreuli and Krista Radoeva in this two-part workshop.

The first part of the workshop will be lecture based. This is a great opportunity for designers who want to know more about the context and logic behind the Cyrillic shapes, and also a great starting place for those who have never drawn Cyrillic before. Objectives:
• Get to know the Cyrillic script’s history, development and contemporary state;
• Understand the basic structure of Cyrillic letterforms: we will offer a structured system on how to approach designing Cyrillic letterforms logically;
• We’ll give you examples of the most common mistakes and how to avoid them;
• We’ll also cover different character sets & languages, localised forms;

The second part of the workshop will be hands-on. You will develop a Cyrillic extension to an existing Latin typeface and we will have a series of group and individual reviews to help you improve it. What we will cover:
• A detailed look at some of the more complex Cyrillic shapes;
• Group and individual tutorials which will help you improve your design, as well as get an in-depth understanding of different styles;
• Extended Cyrillic: not only Bulgarian and Serbian localised forms, but a huge amount of mysterious letters that are being used in hidden parts of Russia and in many of the post-Soviet countries;
• Expert tips and tricks to ease your Cyrillic design workflow;

We recommend taking the two parts of the workshop together as a full programme. However, you can also choose to take them individually.

Part One is not a boring history and theory. We will go through all letterforms of Basic Cyrillic and show you how to draw them, outline common mistakes, help you understand the logic behind all Cyrillic letterforms.

Part Two is about bringing the knowledge from Part One into your own project. And going into detail. You will need knowledge of any font editing software and a Latin typeface to expand to Cyrillic, there will be homework.

If you have any questions, email us at info@cyrillicsly.com.